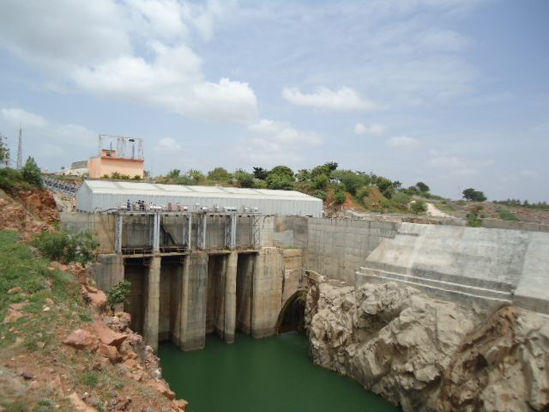 The hydro power project is located in Village Narayanpur, Taluk Shorapur, the project site is about 7 KM from Narayanpur dam and about 120 KM from the town of Raichur, Karnataka. The project is built on the river Krishna, an east flowing river in the Indian peninsula. The implementation of the project does not impact the volume of the reservoir.

- The generation of employment for local population to an extent of 150 to 175 persons during the construction of the site and permanent employment of 20 to 2 people for regular operations.

- Rural infrastructure development such as creation of roads, establishment of schools and other civic amenities such as medical facilities, post office etc.

- The project proponent is recipient of “Corporate Social Responsibility Award” in recognition of the social activities carried out in the project areas.

- Helping in conservation of depleting fossil fuels such as coal, oil, natural gas which at present are predominantly used for power generation.

- The study has concluded that “the project will be of great public utility and caters to the needs of the people of the region. Compared to thermal and nuclear establishments hazards of this mini hydro power almost nil”.

- There are no components involving the forestland in the project site.

- The proposed scheme does not involve huge storage of water and there are no habitation and structure in and around the area. Hence, there is no rehabilitation and resettlement plan of action.

- The project further contributes for reduction of greenhouse gases and air pollutants (especially NOx, SO2, particulates) from combustion of fossil fuels.

For more details on this project, please click here.