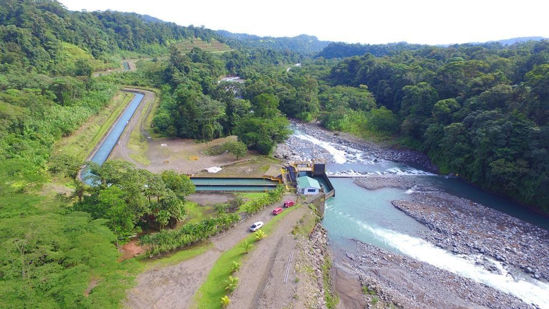 El General Hydroelectric Project (EGHP) is a hydro power plant consisting of two turbines with a combined capacity of 40 MW, and an average annual net generation of approximately 198,380 MWh.

The project developer is Hidroenergía del General S.R.L., which received a concession for the development and operation of the project with the national utility Instituto Costarricense de Electricidad (ICE).

The project is located outside of the capital San José, downstream on the El General River near the magnificent Braulio Carrillo National Park. The project complies with all standing environmental and operational permits in the country and adheres and complies to the guidelines from the World Commission on Dams (WCD), assuring that the environmental and social heritage of such a pristine area is well preserved for further generations.

EGHP´s has partnered since the beginning with local communities in the project area to support local development through the establishment and operation of the “Fondo Ecológico Social Educativo”, a fund that since 2007, has distributed financial resources in support of up to 177 projects in 17 near-by communities. Projects supported by the fund have included community infrastructures, community centre support and provision of educational equipment to local schools, amongst others.

For more information on the project, please click here.