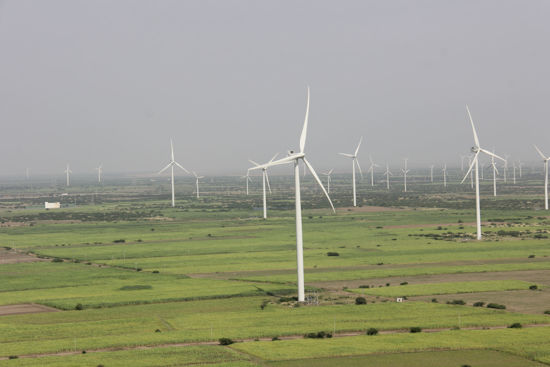 The purpose of Jangi 91.8 MW wind farm in Gujarat is to utilise the wind resources for power generation to alleviate electricity shortage in Northern, Eastern, Western, and North-Eastern regions. The generated electricity is delivered to NEWNE grid (now Unified Indian Grid), which is dominant of fuel-fired power plants.

Purpose of the project activity:

The purpose of this project is to generate environmentally friendly, clean, GHG-emissionfree electricity, which will reduce the overall GHG emissions resulting from conventional electricity generation activities.

Scenario existing prior to the start of the implementation of the project activity:

The project activity employs renewable energy source for electricity generation which would otherwise been generated by the conventional fossil fuel based power plants. This will reduce the emission of gaseous, liquid and/or solid effluents/wastes.

For more information about the project please click here.

This project may have a mimimum order quantity that overwrites the minimum payment amount.